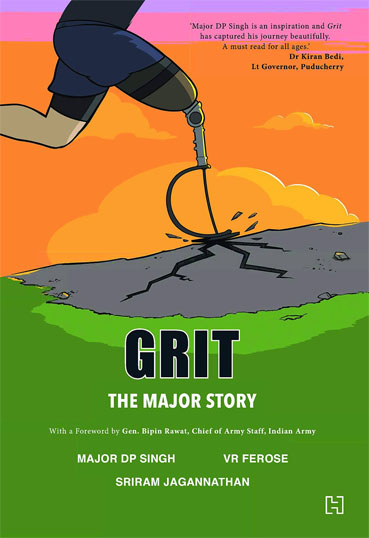 Run and Run away

Few days ago, I was invited for a function by Army to deliver a talk to students at the lawns of India Gate. The place where the stage was set up was exactly the place where a boy on wheel chair was sitting few years back. To be precise in 2009, Nov.

I am referring to the day when I was running my first half marathon, which was the first ever half marathon of any Indian amputee too. I was running with a walking prosthesis, which is not meant for and not even capable of making anyone run using running gait as done by any person who has his limbs. So, technically I was also not running but hopping on the sound leg and dragging the amputated one, to match the speed and in between walking a bit too. My aim was to complete the 21 km distance on my both, oops, 1 and a half legs of mine and one artificial leg, too many of legs around, hmm.

While delivering the talk, those old memories got kindled. I remember, it was perhaps, 12 th or 13 th KM, on Rajpath, where I was approaching India Gate after taking the U turn at half mark. I was struggling to move ahead as I was not just tired but also getting fed up by the effort I was making to drag the limb. I remember the tussle of good and bad inside me. Bad inside me was giving me all sort of ideas to quit and good inside me was motivating me to keep moving. I was using all sorts of tricks to divert my focus from feeling the pain and exhaustion by admiring the things around. At this point suddenly, I heard someone shouting and waving at me from the lawns of Rajpath. Towards my left- hand side at some distance, was sitting this boy on wheel chair. He must be around 15/20 mtrs away from me, but I could feel his happiness when he waved and cheered me up. That was a big motivation for me. A sudden thought struck me, and I got charged up. I thought, “DP, you are on right path, your effort is getting fruitful as at least one person, who is on wheel chair, got some smile due to your action, it means you have chosen the correct approach in life, now don’t give up, and finish the run, the beginning of ‘change’ has been initiated.”

A Perspective towards life

Long back in 1999, when, while lying on ICU bed I was waiting for doctor to finish inspection of my wounded leg, my mind was working aside that left out leg will soon become a ‘leg piece’ but still won’t be of any use to me. Nevertheless, doctor shared the news of amputation which I endorsed immediately. But that is not what I wish to refer to. It was the 1 st thought, which was surprisingly, inspiring even for me, which I am referring to. And the thought was, “Let me see, how amputees live their life, perhaps one day I will be able to do something, which will not only inspire me, but many others”.

It took 10 years for that thought to get convert into reality, but it did happen. And the moment of Rajpath was the proof of the same.

Amazingly, this could become possible, because of two things. One, I had promised myself on that ICU bed that I won’t compromise with quality of my life. And second, I picked up an activity, running, to make this happen.

Running, an activity, which, we all, or every parent, feels good about, when we see our kid progressing. From walking to running. It is a natural activity till few years and then we see this as alien thing. Suddenly, life becomes so fast that we resort to sitting to catch the pace. Sitting in automobile. And the activity which could have kept us alive, slowly dies down itself.

A positive trend for fitness

Past few years, however, have seen a surge in running as an event. This is a very positive change as even if it is trending like a new fad on the board, at least it is bringing back life in various lives.

I am happy I could keep a pace with it and was front runner, way back in 2009 to bring some similar revolution in lives of persons with disabilities. Today, be it an amputee, a wheel runner (what I prefer calling to a wheelchair runner), a polio affected person, a blind or even other type of disability affected people like open heart surgery done, diabetic etc, we see all of them using this beautiful natural gift of God, overwhelmingly. And rightly so nurturing the productive results of it, in their lives.

So, what stops you from coming out of your houses? Afterall it just takes a pair of shoes, a T shirt and a short to get cracking. Isn’t it amazing, for playing this fitness sport, one doesn’t need to get specially trained, at least the novice runners, who are just focusing on being fit and enjoyment?

Now a days, marathons are being organised, every now and then in every corner of the country.

Especially in metros it is like every Sunday there is a run. So, it becomes so easy to not just run but be part of the crowd doing similar activity. Enjoying the fitness and having a carnival sort of fun on a Sunday morning is like rejuvenating for the whole week.

To me the best part of running is not just being fit but also having the liberty to enjoy eating whatever I feel like. No need to die with dieting. It is a simple maths, eat your way and sweat running way till you balance out the inputs with your output. And the result is a fit person enjoying life and saving money and efforts to go around the hospitals.

Adding to above, you get new and colourful pics to put on social media and feel good about your achievements. Some of us don’t mind even putting pics of gulping down some junkfood and still look fit. Trend is changing to the extent that running groups are now talk of the town and new addas of networking and socialising.

Another beautiful aspect of this activity is you get opportunity to do something good. If you take part in any event related to social cause, be it raising funds for a needy person, for a flood affected part of country, paying homage to heroes, or collection of funds for Cancer research. You get all these opportunities to feel good and proud about yourself. After all who doesn’t want to do something good for others?

After 4th half marathon in 2011, I started a self-help support group and an NGO, “The ChallengingOnes” (TCO). TCO works to enable amputees, whom I prefer calling “Challengers”, by making them take part in various sports and marathon is one such sport, which we use exhaustively.

Here too,again, it is the running, which coerced me to use it. There are two main reasons behind it. First is the same, it does not need any special training and equipment. Second, marathon give an opportunity to a disable to perform live in front of public and let them see that ability is not related to body parts but your thoughts. This way TCO believes in shaping up their attitude and convert them from being “Challenged” to “Challenger”. This also helped the public to positively convert their age-old dogmatic thinking towards disability, as an outcome of bad karma, to something as inspirational. These challengers, slowly became, inspiration for public and many able bodied also picked up fitness activity, running, as their daily routine. Over these 7 years TCO has grown to a family of more than 1600 amputees, and many out of it have got success at national and international level in various sports and adventurous activities.

Taking ahead the success of TCO to deep inside Indian cities, we thought of reaching out to various disabled people by organising an event at their door steps. And that is how SwacchAbility Run originated. We have already completed 2 editions of this event in last two years, and 3 rd edition of the same is starting from 7 th Oct to 14 th Oct in Rajasthan, covering 5 cities of the state in one week. If you are out of any of these (Kota, Udaipur, Jodhpur, Ajmer and Jaipur) you have the chance of being part of it. Check out the event details here

You will feel good that you are a part of bringing “Inclusion” by means of giving respect to disabled people and “Cleanliness drive”, which is led by Disabled themselves, along with the school kids and public of your city. You will also get chance to meet the war heroes and families of martyr of your city, who will adorn the stage as guest of honour.

So, before you land up in old age, which starts a bit too early now a days due to ill effect of sedentary life style, get set, get going and get fit so that the environmental effects of pollution etc also does not make you feel old even in your grey years. Run! And run away from boring and unfit life. And if you are out of the above-mentioned cities, run to be part of bringing change to our beautiful country and feel proud about it, about being Indian. 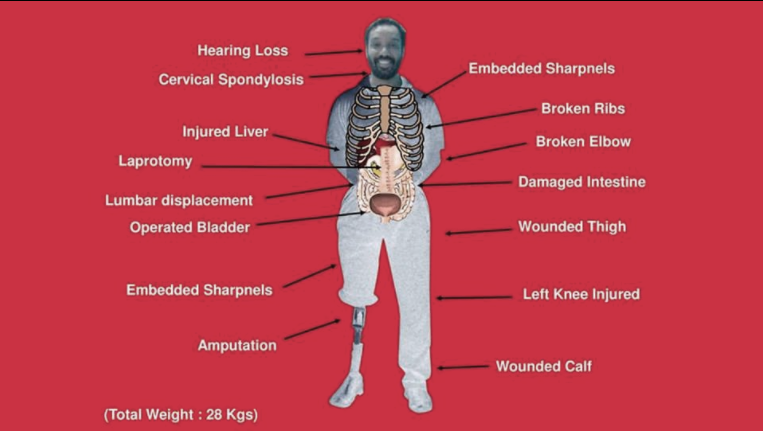